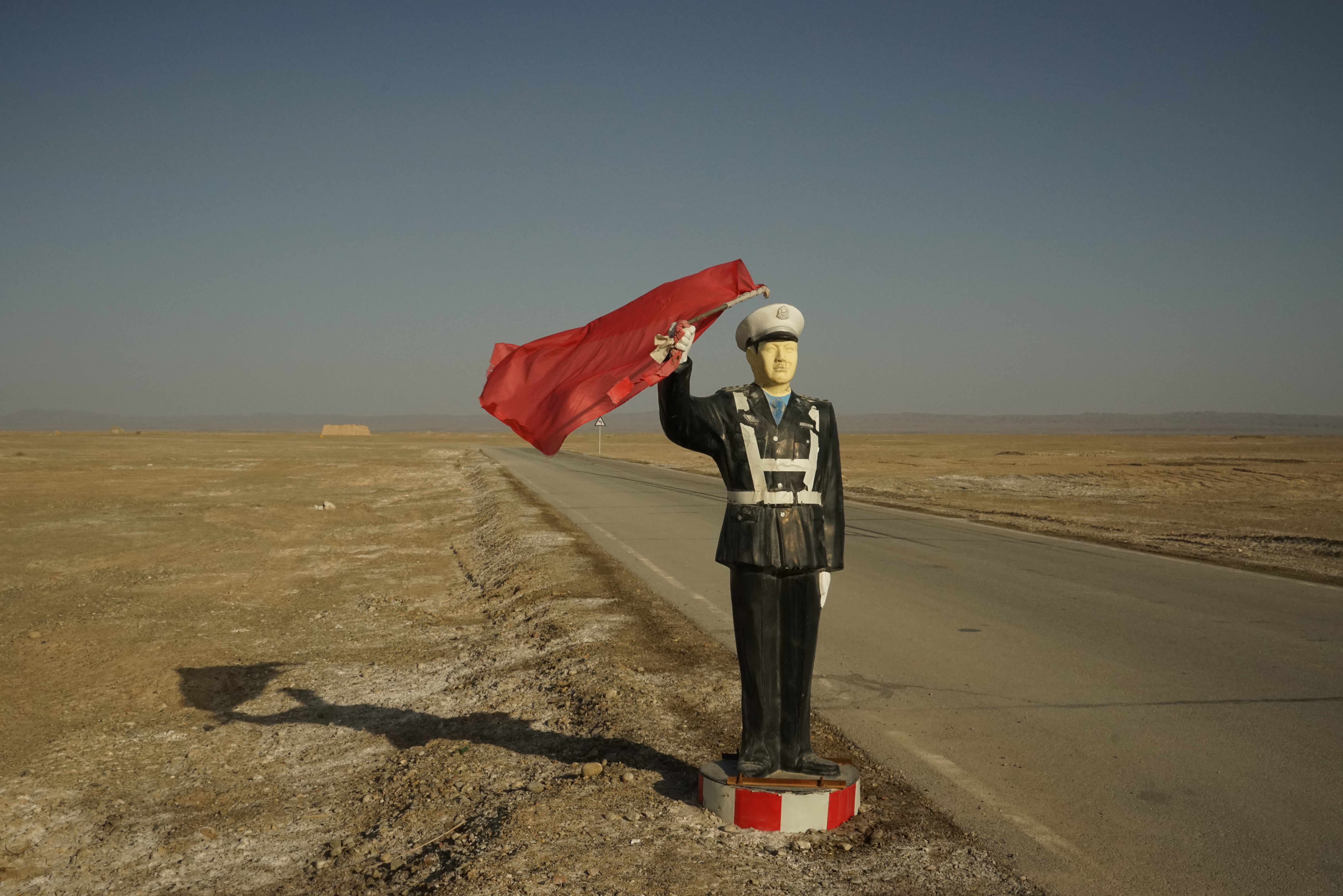 Li Yongzheng is an artist focusing on problematic issues and hardships. These questions of hardship are social ones drawing much discussion. They are not questions having to do with meta-narratives reflecting historical vicissitudes; but problems looming before us here and now, having to do with actual survival in these circumstances. He has always worked with cultural memory and contradictions of social realities, approaching these with self-awareness and critical distance as an artist who addresses these problems in real ways. In doing this, he reveals his artistic standpoint and attitude by distancing himself from the material spectacle of our civilization. In a posture of autonomy and self-control, he surveys the changes he sees before him with equanimity, channeling red memories, social incidents, and phenomena arising from actual social problems. Utilizing multi-media in a process of pointing out and transforming; he thinks through and unfolds expression of his awareness; judging these issues while gesturing towards hardship.

‘Red’ is an enticing, invoking, passionate, even crazy color. At a certain point in China’s history, it dissimilated into a color symbolizing and representing communist ideals. ‘Ruins’ are red ‘ruins, now overgrown’, paralleling history’s return to this site. ‘Reality’ is this present moment which goes without saying. ‘Absurd’ is the ‘mistake, the absurd error’ that red has led us into; perhaps even the ‘evil’. In generalizing or giving a summary of keywords or determinant lexicon in Li Yongzheng’s solo exhibition theme; I try and summarize his art as stigmata of history, traces of what has led us to a series of losses in time. At the same time, Li Yongzheng’s artistic practice is exactly that which expresses the content of these losses. In Defend Our Nation, he replaces old bricks with new ones to spell ‘Defend Our nation’ at Lop Nor, an abandoned military airport. ‘Defend Our Nation’ is an official government slogan of the Chinese Communist Party which in fact articulates the utterance ‘Protect Our Power’. Lop Nor was a nuclear testing site in 1964. When this artwork was installed on site, it was a precise cultural geographic representation and portrayal of ‘red ruins’. In artwork Free for the Taking (Send for You), we saw the artist install an old monochrome offset printing machine at the exhibition, whereupon he produced pages of 1945 July, August, September and October issues of Xinhua Daily Newspaper. Xinhua Daily Newspaper was the official and legal publication of the Chinese Communist Party in Kuomingtang-governed areas. When audiences see the contents of these old historical documents, comparing them to what is happening now; one could say that the absurdities of history and reality vividly reveal themselves in an interaction between ready-made artworks and the audience. It is for obvious reasons that the exhibition of this artwork in Taiwan is even more interesting than its appearance on the Chinese Mainland. It is this artwork which derives from within, which resists the interference of external pressures, ever aware of hardships. We see Li Yongzheng facing history, facing circumstances in the struggle for existence, ceaselessly doubting and pronouncing judgment upon red memory. He interconnects with and enters into the spectacle of society; employing depressing installation, video and performance modalities concerned with, at bottom, realities of survival; weaving and coiling around a fundamental level of things concerned with the individual’s fate. He shows forth a dense, compassionate, almost predestined and hopeless artistic timbre. This is not just because his artworks have an aesthetic sensibility which utilizes subtlety and deeply imbedded discussions of life’s more hidden struggles; but also because he streamlines avant-garde components within realist art practices. He seeks to avoid over-dependence upon everyday life’s original appearances resulting from pure realism. Nor will he allow himself to be sucked into textual labyrinths of experimental art narratives. I see too few Mainland Chinese artists like Li Yongzheng, able to deeply imbed himself in the peoples’ sorrow, to feel sad resignation and pain which permeates history; to empathize with the fate of the ordinary and common; and to have deep insight into a tragedy at the root of historical reality.

Li Yongzheng’s artworks are full of burning pain in life. This kind of burning pain comes from the lives of people, from his own life, and even more so from his own memory of hardship and constant feeling of empathy. After the February 19, 2012 ‘Wukan Incident’, Li Yongzheng commissioned online-community friends in Wukan, Guangdong to gather soil from the earth of Wukan and send it to him; whereupon he had a building brick made. He then called together volunteers to pass this brick along. From June 21, 2012, Li Yongzheng has seen this brick sent via postal mail to each of these volunteers. This brick is still being passed along. This interaction of sending the brick in relay has created an online buzz, with a certain degree of controversy surrounding it; as it prolongs foment caused by the Wukan incident. The meaning and content of this artwork also increases in complexity with diversity of participants. From this we see not only Li Yongzheng taking a certain node or piece of information, but also creating a substantial or formal domino effect. Taking how ‘people’ use information in society in a way that strengthens it or makes it more obvious, he moves behavior and information from an unrealistic level to a real one. In doing this, the artist expresses his deep concern for society in the present moment. This is also a hopeless appeal to the way we rely on or take shelter in our present circumstances. Behavior that takes on pain is perhaps the most direct point of observation. So, as Li Yongzheng uses an artistic modality to take on social incidents and process information, he exposes, doubts and judges problems produced through these social incidents. I believe to the end that in any time, although art is an individual endeavor, it also embodies collective memory and participation. Art is not able to turn away from life’s ultimate hopelessness, pain and exhaustion. It must have to do with all existing internal possibilities. It has no choice but to take various value trajectories and enter into the social collective seeking for essential and spiritual elements. In this essential pursuit and skepticism, Li Yongzheng distinctly feels the deep worry that life is unable to dispel. He cannot find any ultimate escape from this deep worry; and for this reason he is often unaware of the ways in which the forms of his artworks are annotations of predestination. Just like his Moist Stele and Salt on Wood, which seek to keep experiences alive, this is extremely precious. However, we also need to see outside of this pain and resignation, to how these artworks also reflect upon Li Yongzheng’s active acceptance of precisely this pain and suffering. They reflect how he as an artist affirms a sense of right and wrong, affirming a moral sense of respect. He especially speaks on behalf of an art that enters into real life.

Li Yongzheng’s multi-media art is from beginning to end one that persists in a kind of clear entering into things and self-examination. He courageously doubts, bravely expresses, and doesn’t just express a certain regional typology or single medium of repeating oneself. He moves through many changes, always giving one a sense of renewal. These artworks give us a sense of what is happening now. One belongs to this time, while another cannot enter into this time. This kind of distinction reveals how Li Yongzheng’s focus moves between various things, having only to do with individuals living in these times. So this challenging art modality, and the trajectory implicit in these artworks, finds him constantly appropriating social incidents into his creative practice in order to strengthen the appeal of these works; increasing space for possibility of interaction between people and these artworks; while also using chance operations to meticulously tie wisdom into textualities of artworks. We see that the artist is fortunate to exist in these turbulent times, such that he, like all of us, finds himself fleeing in the midst of constant calamity. At the beginning of 2015, Li Yongzheng put a call out on social media to a community of online friends, inviting them to place plastic police dolls along both sides of a road and then photograph this tableau. This artwork, titled Hello! saw, over a period of one year, participants from over 20 provinces taking pictures of these tableaus. We can consider this as something ‘unexpected’ from the artist. In one aspect, we see his artworks as a showing of difficulty and complication, and in another aspect, this helps to perfect his rebelliousness and self-aware subject. By extension, thought and behavior expressed through extremes should take well into consideration those things on which China’s reality depends on. The off-beat and unconventional in China’s troubled social reality, can serve as a critical standard of value, assessing especially those ‘elites’ who are as corrupt as the officials they carouse with; even those in the art world who flatter the system with its corrupt art market. Therefore; challenge, exposure, doubt and judgment serve as ‘subversions’. They are as moving and tragic as the moth that is drawn to the flame, especially precious! The vicissitudes of history and reality are quite possibly without end, and far beyond the imagination of our vision. So, only when one ‘shines a light’, can one bear indispensable responsibility, bear the cramped nature of history’s true visage; and as an individual, take on concern for humanity. The artist is meant to bear this concern, as an indispensable element of his social responsibility. 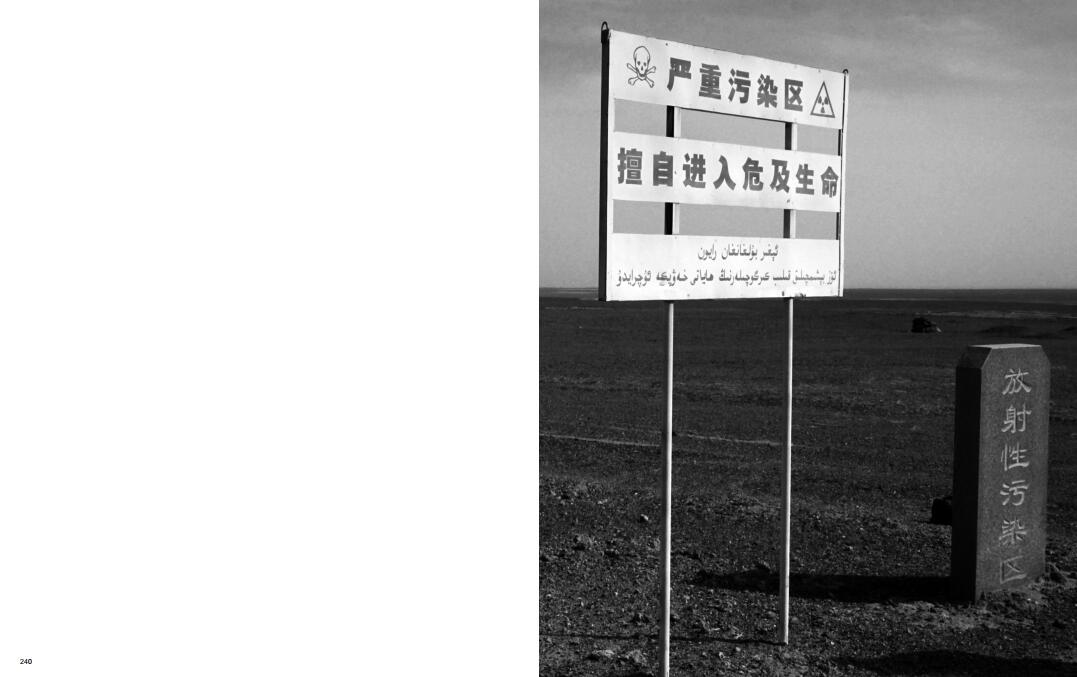